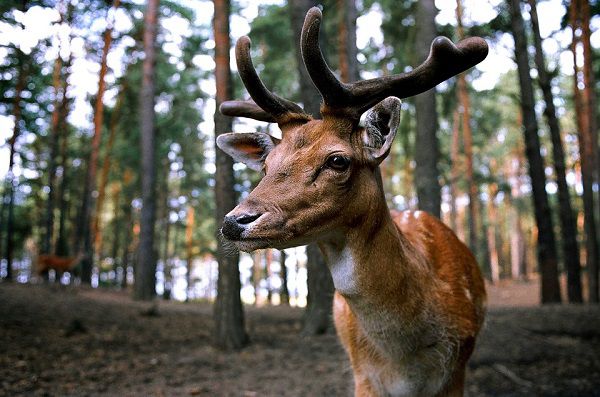 There has been an ongoing debate on whether the deer decoys work. Most of the hunters who have used this hunting tool and achieved great success as well as new deer hunting skills swear by the decoy. But there’s a small population of hunters who used the decoys once, it failed to work according to their expectations, and they no longer trust it.

So, does the decoy work?

The answer is YES, if and ONLY if you use it correctly– use the correct setup, at the right location and in the right period.

Here’s a quick video that shows you deer decoy in action:

Whitetail deer are extremely brilliant animals. Regardless of this, numerous deer hunters have taken home uncountable trophy bucks, thank the deer decoys that easily dupes the deer with its lifelike features and behavior.

The hunters who have used this device must, however, be cautious on which decoy to set up. One primary concern is that fake deer may make deer more anxious rather than setting them calm.

It truly relies on the degree of realism the imitation comes with if scents are also utilized, and perhaps even the season of the year.

Numerous hunters feel that deer feel at ease when around the turkey. Wild turkeys have a tendency to inhabit the same zones as whitetails, so the two are acquainted with each other.

Turkeys are to a great degree difficult to draw near to, so it is suspected that deer feel genuinely good around them. A few hunters use turkey decoys in the field to make the deer calm down and to gradually approach your stand.

Deer and turkeys have been seen sharing a field in the meantime ordinarily, yet for some unknown reasons the deer have a tendency to go to the opposite side of the bolstering territory from Turkey.

This might be because turkeys have a tendency to be aggressive over the picked feeding area. Regardless of this, putting a turkey decoy on one side of a field may compel the deer to feed on the opposite end.

A deer decoy is usually available as a Buck or doe models. A huge buck decoy will likely send the youthful bucks running particularly in the late pre-rut, but it might bring a large buck out to explore.

Doe decoys utilized during the rut, particularly with scents and calls lead to better results. In simpler words, the success of decoys relies on the setup and scents you use.

Nothing is certain when it comes to deer hunting.

However, this situation has brought in some big bucks, unlike the traditional luring methods. Additionally, some hunters feel that utilizing more than one dummy deer in one field helps the deer feel completely at ease.

For instance, a few does grazing in a field ordinarily won’t upset the buck at all. Bucks tend to walk right out if a few deer are in the field already.

Utilizing deer decoys takes some experience as a part of knowing when to utilize them and where to place them. Some decoys might be expensive, but it will be worth every scent if it has a good reputation of luring the deer within your range for a short.

Different hunters have been testing the decoys for quite a long time and have come up with varying opinions regarding the decoy. Most prefer to experiment on their own to discover which decoys work best in individual hunting locations.

Take time to purchase one too and use it correctly so as to see the real results- this is the surest way to convince yourself that deer decoys do work.