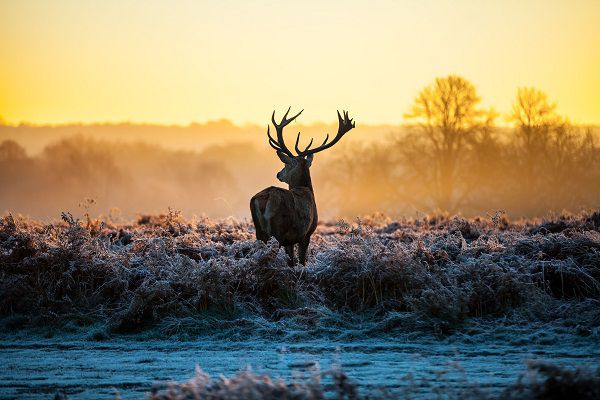 To fully master the art of using deer decoys, you will need to invest a lot of time in this new hunting trend. There are times when everything works out splendidly, and the deer go to your decoy as if it’s being pulled by a charm.

At some times, the response may not be what you anticipated. But don’t despair: these are learning experiences. Knowing how, when, and where to utilize your whitetail fake deer demands solid experience.

Following are five mistakes you might be making while deer decoying (and limiting your chances of bagging home that monster buck):

1. You Don’t Actually Use Your Decoy

This habit is common in most hunters:

You purchase a decoy on the offset of the season, but you don’t use it even in a single hunt. It simply lies in the shed, dissembled in its pack or at the back of the cabin. On the other hand, you might deploy it once, fail to the expected results and you dump it for good.

What if you could focus on using the decoy and packing it with you to each hunt? These products are extremely lightweight, quick to set up, and compact making them convenient to transport to the hunting zone.

Consider a situation where you have seen a buck in your hunting zone. You want to make the animal pause so that you can easily shoot it. A doe decoy here will be the ticket for you! Don’t despair if it fails to work for the first time – practice will soon yield perfectness!

It happens so many times, particularly during the rut phase when it’s harder to pattern the bucks. Most hunters are used to tucking their decoys in the field’s corner, or on the downslope of an edge since that is the place the deer movement has been. At the point when these creatures are cruising, your decoy should be visible from afar.

If hunting in timber, place your decoys on the highest spot that is within your bow range– on top of timber level or edge. If you’re hunting in a field or open area, place it on the field edge that is easily noticeable from all the possible travel routes for the deer.

Also, consider using the ideal calls to seek the attention of the animals from a distance.

Utilizing attractant scents alongside your decoy is a smart strategy, but keep in mind that while sprinkling your fake doe with doe-in-heat urine works extraordinary in the rut phase, it is ineffective when used in other stages of the deer season. Likewise, if your decoy has human smells, it’s a warning that something is wrong to Bucks drawing closer your setup.

Rather than applying the scent attractants directly to the decoy, you can place them on the ground beneath the setup, or on a towel that you can clip onto the fake deer to mimic the animal’s tail.

Always store the decoys in smell-proof packs and set them up with latex gloves on. Shower the decoys with odor masking products as often as possible.

4. Failing to Trick All The Deer’s Senses

It is an important one…

Utilizing calls and scents can add a high degree of realism to your setup. But employing the wrong aromas and calls can disrupt your efforts. The same way the deer spooks when he keeps hearing a call but doesn’t see the decoy, he may also become suspicious if your decoy doesn’t produce some scent or vocalizations going with it.

To avoid this unfortunate incident, add ideal scents and calls to your decoy.

No need to overdoing it. Simply blending in a bleat call when utilizing a doe decoy or grunt call with a buck decoy can work the trick out!

Have you ever made any of the above mistakes? If yes, we firmly believe that these decoying tips will give you the much-needed confidence to set up your decoys effectively the coming season.

There’s no better feeling than when you set an ideal decoy scene, and huge bucks come charging at it!