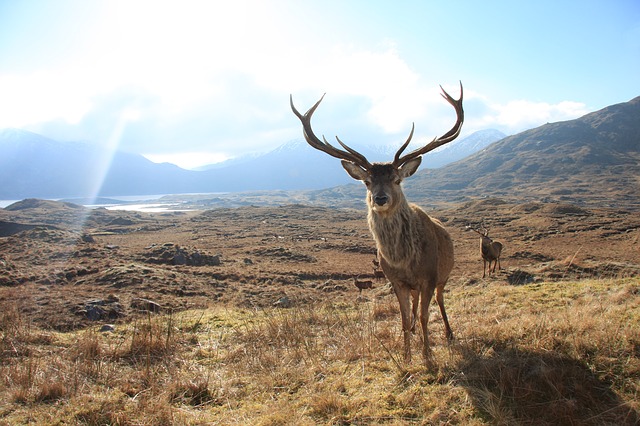 A proper ground blind can work wonders with the right conditions.

It’s a great way to set up for whitetail deer.

For you to get the most out of your hunting blind however, there are some key things you need to pay attention to.

Below, I’ll share with you the 10 top tips to observe when using your hunting blind

The most important factor in scoring is probably your ability to pinpoint the travel corridors between feeding and bedding.

Its goes without saying that you will need to spend time in the field before determining your best location.

On regular basis, I take time to walk the trails.

If you don’t have the time for trail walks, set up trail cameras and your work is done.

A mature deer for example does not travel in the open, so trails in dense cover are likely the areas to locate them.

Hence, spend more time figuring out where the deer is on a daily basis.

In any case, what you want is to locate the deer and not just building the ground.

Deer are always very alert and can detect new scents and marks in their territory way at a distance.

Never forget the law of the jungle that masks animals’ instinct of survival a cute.

Therefore it’s hard to deceive them with your presence.

I recommend setting up as early as a week before deer season to give room for new smells and outlines be absorbed as part of the daily territory.

As I stated earlier, spend hours studying the patterns of the deer.

This will allow you to locate a concealed are in the cover of the bush yet accessible for in you lane.

Being part of the deer territory in advance will definitely gift you with a deer walking right in front of you.

It’s very logical that you need to be out of view.

I cannot overemphasize this because any reason that alerts the deer of your presence is the key to your hunting fail.

Don’t just settle for hiding, blend in to the surroundings environment.

Use grass, bush, cattail or whatever vegetation handy to make you also blend in scents.

Avoid using manufactured odor suppressors as they take time to dissipate, of course giving you away.

Also in case you prefer manufactured blinds, take time to put them outside before relocating them to the site.

If possible let it be rained on severally as the rain and sun shine reduces the manufactured odor.

4. Pattern the deer, don’t let it pattern you

I have said much on blending with the deer environment.

But remember if a deer picks your.

It will also be on a higher alert scouting for your trail.

Try not to be seen when entering the blind.

Be patient, arrive way before the dear and leave way after the sun goes down and don’t leave until you are sure it will not see or smell you.

So simply put, literally disappear into the surrounding.

5. Play the deer by decoy

It works in human civilization. Its common knowledge that even the top most security enforcers make use of decoys all the time.

If one can really get through with humans who are smarter, why not the deer.

Although it will take time and money the result is incredible.

I use decoy for both the blind and scenting.

Set it at a distance from your location.

I usually put a mild foreign scent in my decoy to lead the deer away from it and right into my shooting lane.

Also a mature deer will always avoid the trail with blind.

This means a well laid decoy will alter its movement away from it and you can maneuver it towards your target shooting lane.

If you are well blended the target might just walk right into your trail.

One of the greatest weakness of ground blind is its limiting visibility in comparison to other scouting tools like tree stands.

The trees stand for example provides a wide ariel value and the best cover for hunting.

Therefore do not pigeonhole yourself by setting up one shooting lane and poor (limited visibility).

You might be surprised by a deer only to be disappointed that your reaction time spooked it off.

The secret is get a sight where you can be able to see the antlers moving down up and down the trail.

Also identify potential shooting lanes and ensure you have time to see and pull your trigger or bow before they are gone.

Your hunting success will greatly be determined by your ability to react at that exact opportune moment.

7. Use the sun and wind to your advantage

Deer’s eyes are as sharp as their noses.

No matter what you do it will detect your scent and possibly sight you.

Try to set your blind downward with the sun behind you. Sun shines on you early in the morning making you glow camouflaging yourself.

Throw your scent with the wind away from you to all.

It might will mean hiring different blinds for different times and moving within unnoticed.

If you want to be unnoticed, wear dark clothes and wear face masks matching to your surroundings.

You love hunting, and you have everything you need for your escapade.

I cannot over emphasize the importance of taking every safety precautions.

Safety for you and safety to the wild animals that you will interact with. For example

Ensure that all the legal permits and requirements are up-to-date. That your stay is known, safe and undisturbed.

Study the fauna and flora of your locations. You don’t want to touch plants that you are allergic too or walk in to a snake as your companion in your blind.

Study the weather patterns so that you are well prepared for extreme weathers. Good weather knowledge will also help you determine the best time to observe the wild and when to attack.

Inform other hunters that might be in the area of your presence. You don’t want them on your shooting lane, or you being in theirs.

You also don’t need anyone spooking off your target before you strike.

Your safety comes first so take all safety precautions.

9. Stick to your plan

Although dynamism in good dosage will increase the fun of it all, I advice sticking to the plan.

You took time to study the trail and build the blind only to go and change your target animal.

My tenth tip is simply getting to know the deer.

Deer is a beautiful speedy animal that lives in dark forests famous for is very sharp sight and smell.

Baby deer is called a calf or fawn.

Before you get in to hunting the deer here are ten facts to know about them:

The reason for this is that the growing speed of deer is much faster than any other living creature.

Bones are hard things that do not grow back if broken.

Yes you are right.

That’s why it can pick those frequencies faster and at distance way better than the human while standing still.

Deer can pick frequencies that the human ear can never detect and can hear 40 time s better than me and you.

They use this ability to detect the position of other mates and… you got it right, yes…and anything new in their territory.

The opposite is true.

During winters they only eat a third of their food and spend most time hiding in the woods to survive the cold.

The bad news is that the population of deer is depleting very fast because they are food for many hunters human included.

The never allow an outsider to enter their territory and can collide, maim or even kill any other deer that tries to harm of even offend their family member.

Now that you know your deer well, your hunting times will be very interesting. Not only will you be hunting but study some of this facts in to real world scenario.

Maybe you may just fall in love with the deer family and just choose to write a documentary and help save the population of the deer and hunt next season.

Ground blind hunting has very strong facts on hiding the scent and moving unnoticed. However, as I stated earlier in this post, you may experience some limitations in you visibility.

I recommend a combination of other scouting options that are available for you for optimum hunting experience.

The deer is a smart animal equipped with awesome survival abilities.

To much up their exceptional abilities, spend more time in their trails carefully understanding their scheduled to be able to make the very right choices that will give you that deer hunting thrill you are looking for.

Improve Your Hunting With Native Food Plots This Spring
Best Gifts for Hunters: From Funny to Useful, We’ve Got It All
Bow Hunting 101: Discovering the Parts of an Arrow
The Best 10/22 Accessories for You! (You Know You Need Them)
.458 Socom vs .50 Beowulf: Head To Head Comparison!