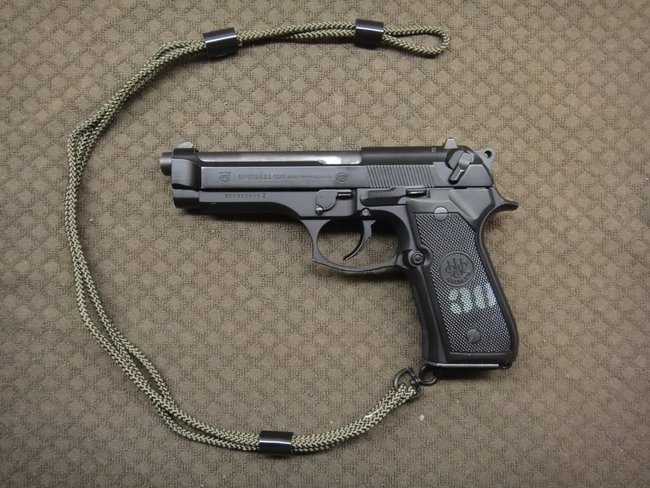 Beretta m9 vs. 92fs: What Are the Differences Between Them?

Beretta is among the oldest and most widely recognized names in the manufacture of firearms. You are bound to come across this name when you're purchasing a handgun. The company is located in Val Trompia, Italy. It has been stated that the company started its operations roughly in the year 1500, though the first transaction to be documented happened in 1526.

The company gained popularity very quickly to become the second biggest gun barrel manufacturer in the area by the end of the seventeenth century. The company provided firearms to many countries worldwide during the war era, and has continued to maintain its position as one of the most famous and sought for manufacturer of hand guns.

This company has many series of firearms that are globally distributed. Out of that series, the Beretta M9 and 92FS are the most popular. These two handguns seem to be almost identical, however they have several differences.

1. They have Varying Features

The Beretta M9 and 92FS look very identical; therefore, it is not surprising that most of their features are the same.

There are some standard features that are found on the M9 but are lacking in the 92FS. For example, the Beretta M9 possesses a unique M9 prefix sequence serial number and some military markings on its barrel.

Due to the long history and popularity of this handgun brand, many variations have come up over time. Together with the 92FS, there's the 92FS INOX, which possesses the same technical features. However, its barrel and slide are stainless; its frame is anodized to complement colors; and its controls can be black or stainless.

Normally, the ammunition capacity of the 92FS is 15; whereas the 92FS INOX and the 9FS Italy have the choice of supporting a capacity of 10 or 15.

There are no true variants of the Beretta M9 model; rather it has undergone two updates. The first update is the M9A1 which came into the market back in 2006, which has an extra 1-slot Picatinny rail that allows for the attachment of accessories like lasers and lights.

Furthermore, the model's checkering is increasingly aggressive and its beveled magazine well allows for easier and quicker reloading of ammo.

The M9A1 model also has magazines which are coated with vapor deposition which were created to withstand the Middle East climate. The M9A3 is the second update.

The history of the 92FS is a bit longer than that of the M9. The Beretta 92FS came from the previous Beretta models: M1923 and M1951 and the Model 84 (which was its direct predecessor). The complete design was passed back in 1975, and its manufacture started in 1976. The original design has grown and changed to maintain its easy loading and release of ammunition.

The M9 is actually a military feature 92FS. It is used by the US military. In the 1970s, it was agreed that a uniform sidearm would be used by all the 5 branches of the United States forces. The Beretta was chosen in 1988 and its continuous production began in 1990. It has been used widely by the US military since then.

Though the M9 is a military specification Beretta 92FS, it is still utilized by several militia groups in different countries. Examples of countries that use this M9 model include: Malaysia, Armenia, Nepal, Slovenia and the United States of America.

Copies of the 92FS have also been manufactured. The Beretta Company sold one of its factories to Taurus, Brazil where a Beretta replica (PT92) was manufactured. Some countries such as Egypt, France, South Africa and Taiwan have also made Beretta copies.

The major users of the M9 are situated within the US military. Since 1985 the model has been the standard sidearm for the US Air force, Army and Navy. There was a limited issue of the M91A for the Marine Corps. There was also a unique issued model specifically for the General Officers in the military, known as the M9 General Officer’s model.

Things changed in 2017 when the standard issue for the US armed forces (Beretta M9) was replaced by the SIG Sauer P320.

The Beretta M9 is used by foreign militias. Examples of military forces that utilize this model are Costa Rica, Libya, Singapore, Colombia, Afghanistan and Singapore.

Whoa! That ended too early, right?

It really did. We'll be back with more differences noticed. Till then, that was all for today.

Also Read: AR15 vs AR10: Comparison For Choosing The Perfect One.