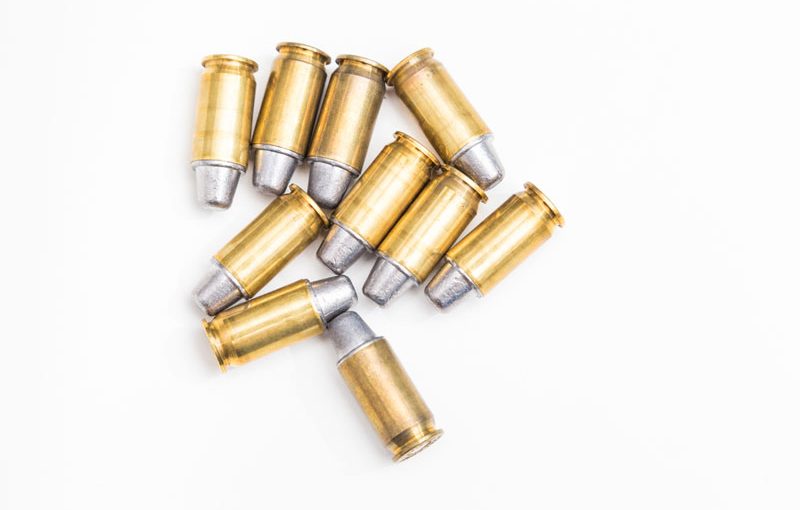 Rimfire vs. Centerfire: Pros and Cons – Which Is Better?

Rimfire and Centerfire refer to the two most popular primer ignition systems used for the modern ammunition cartridges.

The KEY difference existing between them is how they work:

Both systems work exemplary well, making them quite popular.

In this post, we’ll shed more light on these two ignition systems to give you a better understanding of each of them and the most suitable application for each.

We’ve already hinted what these systems are, but for the sake of beginners marksmen and hunters, let’s give a more detailed description.

For the rimfire ammo, the primer comes situated inside the hollow rim (hence the name rimfire). This rim is actually a continuation of the case at the cartridge base. When the firing pin strikes the rim edge, it simply ignites the primer.

The rimfire came long before the centerfire, in 1845, with the .22 round being the first ever rimfire round to hit the shooter’s world. Initially, the bullet had no powder and was very weak; it was actually intended for indoor fun shooting.

In the year 1857, the round was fed with powder which made it more powerful and versatile. It dominated the market for years until in the 1870s when the centerfire rounds showed up.

Unlike the rimfire rounds, the centerfire ammo involved positioning the primer at the center of the cartridge base. It acted as a self-contained, completely separate piece of cartridge. An awesome example is the Luger 9mm.

The introduction of centerfire tremendously increased the power of rounds. This made it possible for the larger bullets to be used with more powder amounts, giving the guns a greater functionality in the hunting or home defense scenarios.

The centerfire made it possible for hunters to reload their shotguns faster. Solider too could now use rifles that would shoot targets at greater distances and even impact them with a higher power.

Rimfire vs. Centerfire: The MAJOR differences

In this section, we’ll explore more the significant differences and the upsides and downsides of the rimfire and centerfire systems.

To make things easier for you to comprehend, we’ll divide this section into the following sub-topics:

There are a few undeniable differences in the design of the two systems, which can help you decide which one you will give you the level of functionality you’re looking for.

The first design difference involves how the powder gets burned. On hitting the primer bid of a rimfire round, the powder on one side might burn at a faster rate compared to that on the other side. As you already know, uneven powder burn can significantly affect the amount of powder used in the gun. Because the centerfire gets struck at the center, it’ll create a completely even burn. Another design issue you’ll note with the rimfire is that it requires your gun firing pin to strike the cartridge edge to fire the round. This will doubtlessly weaken your cartridge wall and will force you to use a material thin enough to ignite the primer bead with a single strike easily.

In the case of centerfire round, you can easily remove the primer plus it’s the only piece you need to strike. This means you can use as thick cartridge walls as you wish, resulting in increased power and larger bullets.

Overall, it’s clear that the centerfire has an edge over the rimfire when it comes to design.  One more design benefits of the centerfire rounds is that the cartridge remains intact after firing, allowing you to reuse it.

Keeping in mind that the centerfires feature a separate, self-contained primer intended for one function only, they’re usually much more reliable than rimfires.

In the rimfire, the primer bead comes build into the casing which makes it more prime to the manufacturing flaws that could lead to misfires.

This explains why the rimfire rounds are usually limited to shooting for fun or practice, and centerfire rounds used where the shooter must fire every time—like hunting, home defense, and military functions.

We could take the rimfire rounds to shoot more accurate since they create less recoil.

Experienced hunters know that recoil affects the overall accuracy. Case in point, recoil can make you flinch when you’re firing. It can also reduce the accuracy of your 2nd or 3rd shots as the recoil force tend to pull the barrel off-target, prompting you to the lineup for your sights again.

Unfortunately, the limited power and lightweight bullet nature of rimfire rounds make them suitable for short distance shooting only. The less powder a round has, the slower its speed becomes when traveling toward the target. It’s also likely to experience more bullet drop when moving over long distances. The lightweight nature will also make them more susceptible to the crosswind.

If you’re taking shots up to 100 yards, you can enjoy the accuracy that comes with rimfire rounds. For distances greater than 100 yards, you’d be better off with centerfire rounds to avoid disappointments.

Reloading is a great way to save a lot of cash. That said, you’d want to know if you can reload the two cartridges in question.

Unfortunately, the rimfire ammo isn’t reloadable. This is based on the fact that the casing rim gets completely damaged during the firing process.

However, centerfires allow you to reload them. This is because they feature a primer that’s separate from the rest of casing, so that casing doesn’t get destroyed beyond reuse.

If you’re planning to hunt the smaller game or varmints, then t goes without saying that a rimfire rounds (we strongly recommend the rimfire .22 round.) will give you the best of performance. The rounds are not only inexpensive but also recoil which makes them ideal for harvesting rabbis, squirrels, etc.

What if you intend to hunt larger game? Some hunters have admitted successfully using the rimfire to shoot larger games. This might be true to some extent…a well-placed rimfire round shot can take down a larger animal. However, note that the odds of success are pretty low. Part of this reason is due to the quality nature of the bullet.

Most rimfires feature softer metal construction and easily fracture and spread on impact; this might not work well for the larger game with thicker hides.

If you want to fell larger game easily, a centerfire round will work miracles. They’ve got the bullet speed, power, and even the accuracy you need to take down the largest game you can imagine.

As we mentioned earlier in this post, rimfire cartridges are made using thin brass. They are also generally easy to manufacture. For these reasons, you’ll get smaller caliber rimfires come with friendly prices compared to the higher caliber centerfire calibers.

The centerfire ammo has more parts than rimfire and has more parts and will require more material to be produced. This explains why you’ll find the prices (per cartridge) for centerfire being greater than the rimfires.

That’s everything you need to know about the two most popular hunting ammo—centerfire and rimfire.

From our in-depth discussion above, it’s crystal-clear that centerfire is a better round compared to the rimfire. It scores highly concerning reliability and accuracy. It has a more superior design, it’s more powerful, and you can easily reload it to save yourself some cash.

It’s also a highly versatile round that you can use for small and large game hunting, military operations, and even self-defense. You might argue that this round has a higher cost than rimfire, but if you reload the cartridge, you’ll not notice any considerable differences in the price.

Rimfire ammo will has less recoil but will only work for shorter distances (less than 100 yards). It’s more suited for small game hunting. It has a mountain of reliability issues, and we don’t recommend you to use in situations where you must fire.

In conclusion, the centerfire rounds bag the flag on this battle.