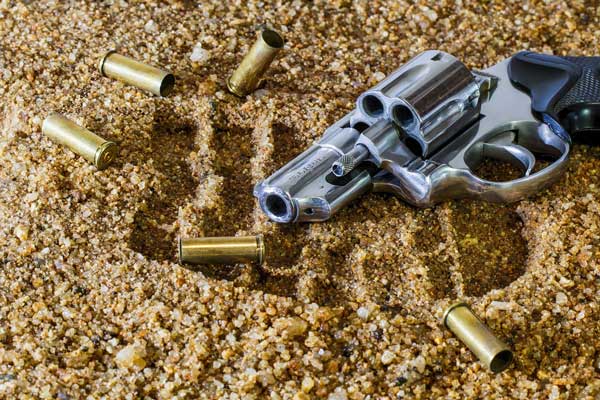 Gun Control: Is it Good or Bad?

Gun control is one of America’s hot button issues. They define America. The nation was founded because the Patriots had access to guns as private citizens and were, therefore, able to meet the British in battle.

Today the landscape has changed, and there are no more wars within our borders. As a result, some question the relevance of private gun ownership in the Twenty First Century.

The question of whether gun control is good or bad is complex. But if I had to choose, I would choose the anti-gun control side.

That said, I have structured this article in such a way that it’s up to you to make your choice. Read on and compare the pros and cons of gun control.

The pro gun control argument that flows from this is that gun control would lead to a drastic reduction of all gun-related deaths.

2. To Protect Women from Stalking or Domestic Abuse

According to statistics, five women are killed with guns daily in the US. The risk of a woman being murdered in the course of a domestic dispute increases by 500% whenever a gun is present.

The number of women who were murdered as a result of gun-related domestic violence between 2001 and 20014 is higher than the number of US troops who died while serving their country in Afghanistan and Iraq.

Gun control would make guns less readily available. Consequently, violent partners would not have the deadly weapons at their disposal, and deaths of women would reduce. It would also reduce the number of women killed by stalkers.

3. To Control the Crime Rate

It is a fact that criminals frequently steal legally owned guns and use them in criminal activities. It has also been noted that when guns are in high supply, they serve as a stimulant to burglary and theft.

Criminals break into people’s houses and steal their guns along with other things. Afterward, they use these guns to perform even more heinous crimes.

It is easy to conclude that guns cause an escalation of crime, and that gun control would lead to a safer society.

Studies have shown that the presence of a gun in any conflict increases the likelihood of the conflict turning violent.

There is something about the sight of a gun which makes people lose their inhibitions, perhaps because they make the conflict a life-and-death affair.

Take for instance, a dispute in a bar. It might blow off after the involved parties trade words for a while. But should someone fire a gun, all hell breaks loose.

And as I pointed out earlier, the presence of a gun in a domestic dispute increases the risk of the woman being murdered by 500%.

Gun control proponents argue that guns make life-threatening situations such as hostage situations even more volatile and dangerous, and that gun control might reduce the number of violent conflicts.

5. People Rarely Use Guns in Self-Defense

Of all violent crimes perpetrated between 2007 and 2011, less than 1% of the victims used guns to protect themselves from the threat.

When it comes to crime, guns are much more likely to be used by the criminals than by those protecting themselves from criminals – in 2010, it was 230 justifiable gun homicides versus 8,275 criminal gun homicides.

1. They Curtail the Right to Self Defense

Opponents of gun control point out that without guns, individuals would be vulnerable to burglars and other criminals who break into people’s homes to assault them. This would cause a feeling of helplessness.

Gun control, as such, would be infringing on the right of law-abiding citizens to protect themselves and their families from any threats that arise.

2. They Curtail the Right to Hunt/Sport

One of the popular outdoor pastimes in America is hunting. In 2011, the country had 13.7 million hunters who were 16 years old or older.

These hunters spent $7.7 billion on guns and other gun-related products such as sights, ammunition, and hunting equipment. Target ﻿shooting is also popular.

Gun control would infringe on these gun owners right to engage in hunting or sport shooting. It would also mean the collapse of the flourishing industry that deals in hunting and sport shooting ﻿gear.

A criminal is anyone who breaks the law. Violent criminals who use guns, such as burglars, bank robbers, and so forth do not commit crime because they have guns.

The opposite is more to the point: they seek guns because they commit crimes.

In that case, it is naïve to imagine that criminals will stop breaking the law when gun control laws are enforced. They will break this law just as they broke the others.

Anyone determined to kill or commit a crime will do it regardless of gun control laws – they will ignore them.

Gun control opponents point out that gun control laws succeed at taking the firearm from the hands of law-abiding citizens, and fail at doing the same for the criminal.

Since the criminal will just ignore these laws, law-abiding citizens become highly vulnerable due to their inability to defend themselves.

The desire to own firearms springs from the instinct to self governance. It expresses the rights of the individual eloquently.

Gun control opponents believe that gun control takes power away from the people and puts it in the hands of the government. They fear that this can eventually lead to tyranny.

The hatred of tyrants and tyranny is one of the sacred tenets of the American spirit, which is perhaps why gun control is so fiercely contested as a sacred, constitutional right in the country.

Gun control laws (for instance, Senator Harry Reid’s 2013 proposed bill) can lead to things such as background checks and the storing of personal individual information on gun owners.

Government surveillance is always a controversial issue, and many fear that the information can be misused or fall into the wrong hands.

The way I see it, there is merit on both sides. Gun control would definitely lead to a reduction in gun deaths, and perhaps it would cause a decrease in crime.

On the other hand, gun control would leave most people powerless and vulnerable to criminals.

Both sides have their merits and demerits. It’s up to you to decide which side you fall on.