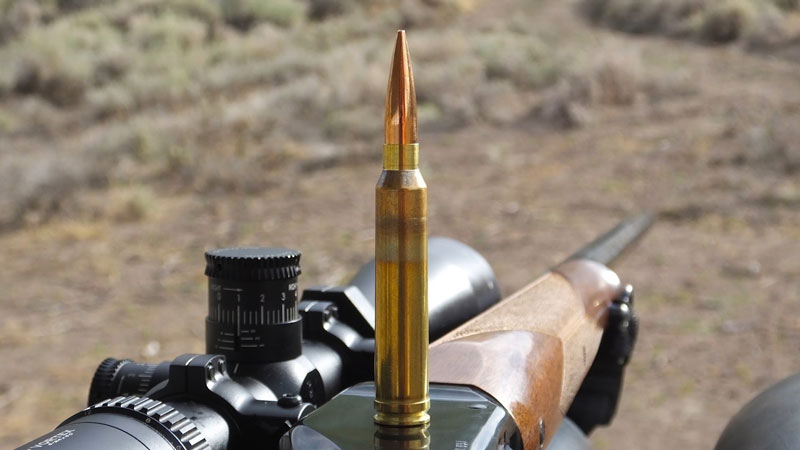 If you’re into large game hunting, then you might have come across the .300 Win Mag and .308 Winchester.

The two cartridges have been highly rated for their unmatched performance when used in the right scenarios.

The real issue arises when you have to pick the best one between the two rounds. For sure, that would be a real challenge given that both of them are effective and have proven track records.

We understand that the internet is filled with all kinds of information telling you which of the two you should choose.

BUT…we want to do things in a different way. We’ll take you through the essentials of the two rounds and even compare them side by side. At the end, you’ll be able to make a better decision on which cartridge will meet the needs at hand.

Before we get into more details, let’s go through the table below showing the specifications of the two cartridges:

Let's talk a little bit about the background of each round. How did they come about, and what were they originally used for?

The .300 Win Mag was introduced in 1963 by Winchester. It’s a magnum cartridge designed to fit a standard rifle action. It was based on the.375 H&H Magnum which was blown out, necked down, and shortened to work with a .30 caliber bullet.

One thing you're gonna love this cartridge for, is its untamed versatility. It accepts large amounts of powder, which in turn gives it a massive edge in velocity and ability to carry greater amounts of energy over larger distances. It also accepts a variety of bullet weights—ranging from 150 to 200 gr (though you can also get lighter rounds).

Above all this, it comes in an extended range of bullet styles, further increasing its versatility.

Due to its extreme versatility, the cartridge finds usage in hunting, military units, long-range competitive shooting, and law enforcement departments. Most of its usage is in long-range hunting of big game.

The .308 was created by Winchester in 1952, after which it become a popular round for big game hunting around the world. Soon after the production, the military adopted it and made a few modifications to it, giving birth to the 7.62×51 NATO round (which explain why they share a lot of similarities).

Although the use of this round in military units didn’t last for long, it’s usage in the hunting world has never wavered, from the day it was introduced to modern day. The cartridge delivers excellent range for most hunting applications with its casing and larger weight bullets. It is capable of delivering sufficient stopping power that will easily take down medium to large sized animals.

Like its counterpart above, this bullet comes in a wide variety of bullet designs and weights, which take its versatility to a whole new level.

Understanding the ballistics of the two rounds gives us a better understanding of functionality of each of them, as well as the most suitable applications for them.

We’ll further divide the ballistics into the following aspects for easy comprehension:

Velocity is one of the key attributes of the ballistics of any cartridge. It is also an important factor to consider when choosing a cartridge, given the fact that it directly influences the accuracy.

If we compared the velocity of the two rounds, we’ll find that the .300 travels at a higher velocity than the .308 when shooting past 300 yards. Although the .300 rounds feature heavier bullets, the powder load associated with the cartridges easily compensates for any speed loss.

The trajectory refers to the path of a bullet when on flight. It’s always a good idea to check the trajectory of any cartridge, as it directly affects the overall accuracy. The flatter the trajectory looks, the better the accuracy of the given cartridge.

Looking into the .300 and the .308, we found that they both exhibit a good trajectory when over shorter distances of around 200 yards. Beyond this (up to 500 yards), we noted significant difference in the trajectory paths of the two rounds, with the .300 mag showing a flatter path than the .308.

The BC gives you a clear picture of how streamlined your bullet is. A cartridge with a bigger BC means it’s less susceptible to wind as well as other elements.

As you can quickly guess, the BC aspect will help you identify which round will be more suitable for hunting in extreme weather conditions.

For the two cartridges under discussion, the .308 indicates a higher BC than the .308 Win. This means the .300 rounds will be less affected by wind, drag, and other elements, making it more suitable for harsh weather hunting.

The other thing we need to look at is the mount of force produced when the powder within the cartridge gets ignited.

Both cartridges will generate a considerable amount of force since they send bullets downrange at incredibly high velocities.

If we look further into the two rounds, we’ll discover than the .300 mag generates a higher amount of recoil than the .308, as the former generates way more force on average than the latter (the difference is quite significant—up to 6ft.lb).

While the experienced hunters might put up with the high 300 mag recoil, it might not be a good idea for new hunters who don’t have much shooting experience.

Assuming you’re a hunter, you’d also want to ensure that the cartridge you're using carries the right amount of energy to make a clean kill on impact with your target animal.

Amazingly, the both rounds fire out of muzzle with an incredible amount of bullet energy. However, the .300 rounds register way bigger amounts of muzzle energy.

The difference in bullet energy goes all the way to the 500 yard mark.

To determine the penetration capabilities of the cartridges, we focus on the sectional density (SD).

As we saw in our specification table, both .300 and .308 come with a similar bullet diameter (hence the same radius). The SD is obtained by dividing the bullet with by the diameter—the higher the SD, the greater the penetration potential of the round.

Now, when you calculate the sectional density of any given rounds from the two cartridges, you’ll note that .300 show a higher SD value given its heavier bullet weight.

However, the fact that the two cartridges have the same bullet diameter makes the difference in the SD value insignificant (though the .300 will perform better regarding penetration due to its heavier weight).

It goes without saying that accuracy should also be one of your top considerations when deciding on the best cartridge to use for your shooting/hunting needs. A more accurate cartridge will help you easily put a shot on your target.

The recoil factor also contributed to the overall accuracy of a cartridge. We said that both round generate significant amounts of kicks, with the .300 producing more force than .308.

The excess .300 recoil force might not be easy to manage for new hunters and this will directly affect their accuracy when shooting with the cartridge. For the experienced shooters, you might get it right for the first shot, but the following shots might be difficult to put on your target.

Both cartridges have a level of popularity that makes them easy to obtain in a variety of rounds at all the major retailers as well as online stores.

In general, we believe that the availability of the two rounds depend on the area you live n as well as the most hunted game in that area.

Regarding the ammo cost, .308 will be quite cheaper compared to the .300 win mag. If you want to enjoy the terminal ballistics of the .300 rounds, then you should be ready to spend the extra bucks. Otherwise, you can go for the .308 rounds.

And yes, you can also consider reloading the two cartridges on your own to help you save as significant amount of cash.

Bringing it All Together

Now that you've seen the various aspects of each round, let's take a look at the categories that each one "wins" in -- no pun intended.

What they both excel in

Both rounds are excellent for tackling big game in North America. They are also both readily available at any store where you can find ammunition.

It also wins in terms of weight. It works fine with a shorter barrel. Additionally, the magazine capacity is almost always higher for a .308 when you compare it with a .300 rifle.

.308 ammunition is generally less expensive than .300 ammo, and many inexpensive rifles aren't even available in .300.

Finally, the .308 ammo has a greater barrel life.

While it may seem like the .308 has more advantages, the .300 has significant positive aspects, too. For starters, it wins in terms of speed and trajectory.

Secondly, it is better in terms of energy. While the .308 is excellent for big game, it only is at a reasonable distance -- generally within 350 yards. The .300 Win Mag puts the same energy out up to 600 yards, which is almost twice the distance.

Having exposed to you the strengths and weaknesses of the two cartridges along various aspects, we’re truly confident that you’ll be in a better situation to discover which one will better match your needs at hand.

Best Gifts for Hunters: From Funny to Useful, We’ve Got It All
.243 vs .308: Which One Is Better For Deer Hunting and Why?
.458 Socom vs .50 Beowulf: Head To Head Comparison!
10 Best Compound Bow Models for Hunting
Best Hearing Protection for Shooting: The Top 10 Hunters Prefer