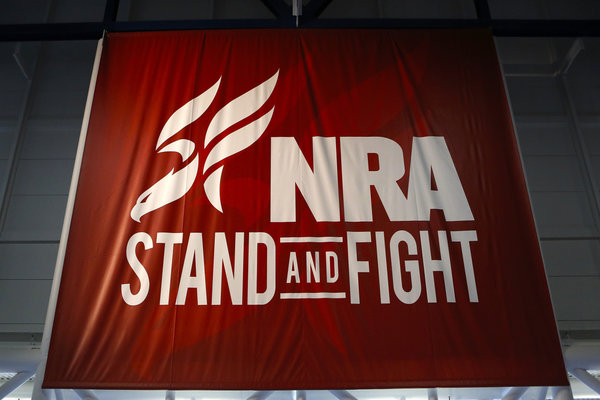 What Joining the National Rifle Association Can Do for You

The National Rifle Association has been in operation since 1871, when it was created by Colonel William C. Church and General George Wingate. It was formed so that people could easily practice their marksmanship on common ground, which was established in New York. This is where the first matches were held until they moved their site to New Jersey in 1892.

The NRA has stood firm throughout the years, fighting to keep our Second Amendment intact. However, it wasn’t until about 1975 that the association actually had to put real effort into the fight. This is when the removal of our firearms was being threatened.

That was the year the NRA formed the Institute for Legislation Action.

Since 1975 we have seen many people in Office, all of whom had different views on gun safety and firearm ownership. It has been a rocky road; however, the NRA has had the ability to keep fighting for our Second Amendment because of its increasing numbers. As the pressure increases (especially lately, in 2010), more memberships have been purchased.

These memberships are not cheap! At times, the NRA will have sales in order to try and gain more members so that there is more support, yet they are generally as follows:

Not everyone has $1,500 lying around the house that they’d like to purchase a lifetime NRA membership with! However, if you are relatively young, this is worth the money hands down. I purchased a lifetime membership when I was 18 years old.

If I die when I am 78, that is 60 years for $1,000.00! If I purchased a 1 Year Membership and kept renewing each year until I was 78, I would eventually have paid $2,100.00. I was fortunate enough to have been able to take advantage of this opportunity while I was still young.

But why would you want to become a member of the National Rifle Association?

Well, there are many reasons for this. The most important (in my eyes) is if you own a gun and you appreciate guns, you should be a member automatically. Why? Because one day, when someone climbs into the big chair in the White House and introduces a gun ban, the blame will be put on people like you when all of our firearms are taken from our homes.

This sounds harsh, however many feel it is wrong when someone doesn’t fight for something they appreciate. You don’t even have to do much! Just pay a “fee” to help fight the fight! Wouldn’t you feel better knowing you helped keep your guns safe at home with you?

Another reason would be the benefits of the membership. Not only do you receive the comfort of knowing you are helping fight for your guns, but you receive actually savings on things such as car insurance, life insurance, gun insurance, hotels, rental cars, and other aspects of life.

You should carry your card around with you in your wallet at all times.

You also can receive a magazine of your choice, such as American Rifleman or America’s 1st Freedom. When becoming a member or upgrading your membership, the NRA usually has another side offer, such as free NRA hats and T-shirts, sports bags and crafty flashlights.

When I upgraded to a lifetime membership, I received a big, nice bowie knife and plaque to hang it on the wall.

If all of that doesn’t appeal to you, here’s something else that is interesting and beneficial: any money you spend purchasing something from the NRA store online (or through the catalog) gets put towards the fight. Everything is donated (except shipping and handling, but that’s obvious)!

This means, when I need new safety glasses or earplugs for shooting, I buy them right from the NRA so I know where the money is going. When I need a Christmas gift idea or a new jacket, I go straight to their website first to check things out. They have neat shot glasses, canteens, boots, clothing, scopes, everything you can think of!

Furthermore, if you’re not sure whether to become a member or not, just think of what would happen if our firearms were banned. Would the crime rate really decrease? Because I’m set in my belief that criminals are gonna get their hands on whatever they need to commit crime no matter what. At least we’d still have our firearms in order to defend ourselves. However, that is a different article and argument in itself!