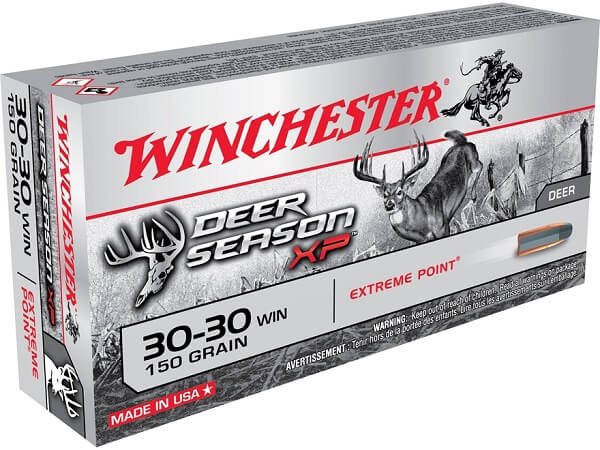 Review of the 30-30 Winchester: A Good Hunting Cartridge

My first rifle like most Nimrods was a .22 rimfire. My father taught me the safe and secure way to use a firearm with this diminutive round. I learned to target shoot with it, and Dad taught me the mechanics of the little rifle. We went on various camping and hiking trips and that rifle went on many of them.

My family is an outdoor family, and my Father likes to hunt and target shoot. One Christmas I awakened to find a brand-new Winchester Model 94 lever action under the tree. The caliber was 30-30. Watch the following video to get more insight about this:

There is probably very very few people living in this country who are not familiar with the Winchester model 94. And of course the rifle is predominantly made in the 30-30 caliber. According to statistics, the 30-30 has harvested more deer than any other caliber ever made. And this incredible rifle/caliber combination is still going strong.

The Winchester was developed by the legendary John Moses Browning. Mr. Browning born more than a century ago designed firearms of such classic and lasting ability that many are still in use today even some by the United States Armed Forces.

The .50 caliber machine gun he developed and was used in World War II, was used in the Korean War, The Vietnam War, and continues to be used in Iraq and Afghanistan to this day. So it is not surprising that the 30-30 is found in the hunting fields of today and soldiers on in its own right.

The 30-30 cartridge arrived on the cusp of the changeover from blackpowder to smokeless powder use as the form of bullet propellant. Many calibers used nomenclature that described the caliber accurately such as the 45-70. It was called the 45-70-500.

Broken down these numbers meant .45 caliber was the bore size, 70 was the number of grains of black powder to load the cartridge with and 500 meant the weight of the bullet in grains.

The 30-30 was known as the 30-30-160. This meant .30 caliber bore loaded with 30 grains of powder and had a 160 grain bullet. The steel used to manufacture the barrels of the 30-30 was superior to those of older firearms and therefore, able to withstand the higher faster peak pressure of smokeless powder and of course this made it quite a bit more efficient and extremely more clean to shoot without fouling the barrel so quickly.

The 30-30 in the model 94 is a woods cartridge powerful enough to dispatch game like deer and black bear cleanly within 100 yards or less. But it has been used to harvest game up to the size of Alaskan Moose and Brown bear though this is hardly advisable. It’s just not powerful enough to take on the larger game and do it in a humane manner. But when used on deer sized game it seems almost perfect.

It is not however, a target cartridge. In a lever action the accuracy is not up to par with many single shots and bolt-action rifles, which measure their accuracy in minute-of-angle or M.O.A. But the 30-30 is accurate enough to be what old timers say, tongue in cheek, is M.O.D., which means minute-of-deer.

Federal Ammunition is an ammunition manufacturer that has recently developed a new round for the old lever actions called the LeverRevolution. This ammunition is designed in such a way that it improves the ballistics of rounds like the venerable 30-30 so much so that the effective range is expanded by 50 maybe even 100 yards. This is truly a fantastic improvement on favorite and reliable aged American rounds like the 30-30.

There are many new rifles out there, some which resemble ray guns, and many many calibers old and new but the Winchester model 94 is still right there with them. It is reliable, well balanced, and time proven.

Hopefully the model 94 and its kind including the Marlin lever actions continue to be favorites and represent proudly a part of Americana which is sorely needed at times.

I do believe that Hornady developed the quoted ammunition.