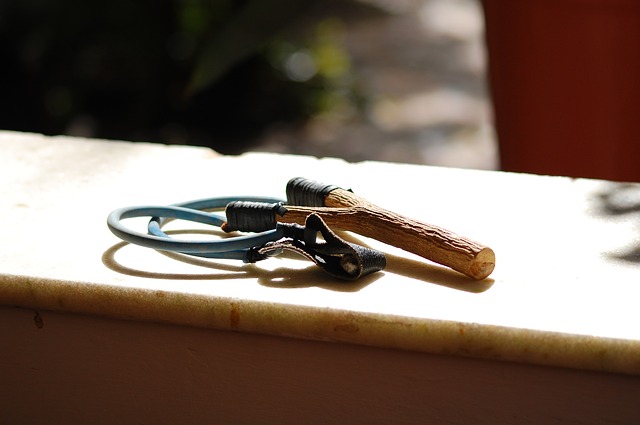 Are Hunting Slingshots Legal in America?

There are a lot of people much like myself who enjoy the game of hunting every now and then, however with the number of species of specific breeds of animals at an all-time low and wildlife conservation organizations rightfully fighting the war against hunting some animals ruthlessly.

To fully elaborate the laws against using slingshots to hunt in America we will go into the laws of every state one by one outlining the regulations set out.

Hunting Slingshots are legal in Alabama for small games and nuisance” species along with rabbits and quail, the only birds that can be hunted are starlings, blackbirds, and Sparrow.

The same rules apply to most states in the United States and hunting the likes of turkeys etc. is not permitted. The majority of the states do allow some hunting games on a rather small scale of outlined species by their regulations.

However, states including Georgia, Maine and Hawaii etc. do not allow any form of hunting at all and render it illegal. Calling it an unfair sport as humans carrying lethal weapons prey on helpless animals, citing it as cruel and unjust towards nature they do make a strong point. However, some states have regulations banning the hunt for game species and protected animals in zoos or in farms.

Moreover, states like New York have placed bans on the of wrist braces and otherwise allow hunting techniques. If a weapon is not specified to be illegal it can be used, thus in states where slingshots are not clearly stated to be prohibited, they can be used assuming hunting for small game is legal in said state(s).

A total of 32 states permits the use of slingshots in some capacity, either due to it not being officially prohibited or because it is officially legal to use for a hunt.

Southern states, Texas to name one have been widely known to have populations practicing the hunting way of life for generations now; that’s where the most damage has been done. Although, there does not seem to be any signs of a halt anytime soon.

However, groups and Non-governmental Organisations along with several offer causes have strived to ban the use of slingshots saying that it is the most slowest method of killing prey, it has a huge rate of injury and most of the animals escape injured, suffering slow and painful deaths.

Saying that this is incredibly cruel and not at all fair that humans take advantage of resources and capabilities at their disposal. They even seem to contradict fair chases and go on to state that it cannot be a fair chase if rifles, bows, and arrows or slingshots are used as the animals preyed on are incapable of evading these attacks.

Moving on, the leader of the free world or America, is home to many groups of people combating a spectrum of causes, veterinarians and researchers say that killing animals and raiding ecosystems raises stress levels amongst them and targeting the most robust of the species as trophy kills leaves weakness down the generation.

The genetics are not kept for the stronger and agile breeds, and the results are said to be devastating, the bighorn’s sheep has a decreased horn size by 25% over the past 40 years. Furthermore, these pressure groups have been working for years on end with vegan groups and wildlife conservation associations working with the government.

A drastic change in hunting may well be expected aside from private hunting clubs for the elite of for private landowners with livestock roaming the land which they own and hunt on.

A few years ago slingshots were not as powerful or optimized as they are today and so it has been identified as a more threatening weapon over the past couple of months with vendors and enthusiasts dedicating their lives to making a living off of supplying the most deadly slings around, the future may be different for slingshots if they continue to develop at this rate.

Moreover, the fact that slingshots have less intensity than a rifle or a shotgun, chances are no matter how much you customize it, it will harm the animal, and it might just not be recovered by the hunter at all.

It is to note that the legality of using said slingshots is valid if they are used by the laws and limitations laid out, there is no state that allows all out huge games. Each individual state has slightly varying rules but mostly the limits are protected animals, rare species or any specie which is not considered a nuisance cannot be made game.

Furthermore, a number of acts have been passed for the purpose of conserving wildlife and some rarer species for instance, the Migratory Bird Treaty Act of 1918, organizations or individuals may be fined up to $10,000 or face up to 6 months imprisonment for hunting migratory birds.

The Endangered Species Act of 1988 was set up for conservation of species slowly being extinct, violators can face fines up to $100,000 and a year imprisonment. The eagle protection and wild bird conservations acts have also been set up and hinder hunters from engaging in noticeable game which may garner attention. 18 states have banned hunting with the use of slingshots altogether.

Acts like these do reduce the masses and cause a slight decrease in the hunting practices, however, there is not much to be afraid of if you abide by all the rules and keep it clean. Slingshots are legal until you give someone a chance to say otherwise, thus precaution and discretion is strongly advised. Concluding, although the future of slingshot legality may be complex and hard to understand, at the moment 32 states have permitted the use of hunting slingshots either by providing limitations or by default.

However, there are precautions to be taken, not only for the sake of staying out of prison or avoiding fines, but to be aware of the problems wildlife has to face because of our entertainment.

Improve Your Hunting With Native Food Plots This Spring
Best Gifts for Hunters: From Funny to Useful, We’ve Got It All
Bow Hunting 101: Discovering the Parts of an Arrow
The Best 10/22 Accessories for You! (You Know You Need Them)
.458 Socom vs .50 Beowulf: Head To Head Comparison!