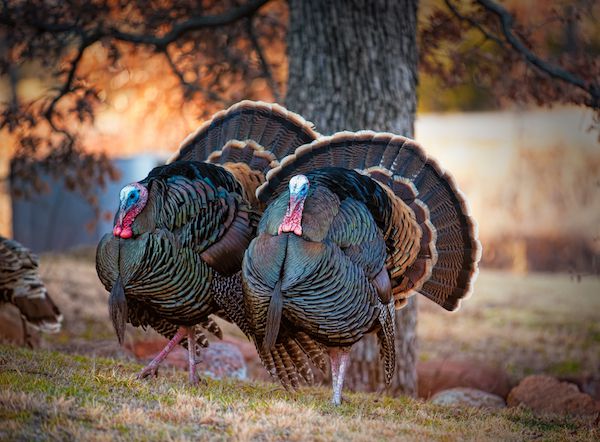 How to Use Turkey Decoys More Effectively?

Most people think that all hunting activities are the same. In reality, they are not. Different hunting purpose will result in different strategies, methods, and equipment. Bear hunting, for instance, will use different hunting strategies and gears from deer hunting.

Geese hunting will be completely different from turkey hunting. That’s why it is important to really know and understand the type of animal that you want to catch because you can’t use one strategy for different animals and targets.

In case you want to hunt turkeys, you should know that using turkey decoy can really help. However, not many people know how to use the decoys effectively and efficiently.

Many of the hunters may have the decoys but they don’t really know how to use it to the highest potentials to gain great success. So, what should you do, anyway?

Make Sure to Use the Right Decoy

Using and choosing the best turkey decoy isn’t as easy as you think. It is not like you can set it up, make a few calls to attract them, and then wait until they come near you so you can shoot. On the contrary to what you think, incorporating the decoy may be a little bit trickier – although it won’t be super complicated either.

You should keep in mind that having different kinds of the decoy and characters will help. Sure, the tom you used on the first hunting season might work like a charm but it is not a guarantee that the same decoy will deliver the same satisfying result through the rest of the season.

You need to really understand your target and choose different characters to appeal them. For instance, you can choose the tom to challenge the strong and powerful dominant tom.

But you can also use the Jake instead of the tom to attract subordinate birds. Feel free to change characters to attract different types of targets.

Don’t Set the Decoys Too Far

One common mistake that hunters often make is to set the decoys too far away from their location. You probably think that it is a good idea as you don’t want the turkeys to catch your smell.

However, you should also consider your shooting range. Unless you are a trained sniper who can shoot from 200 yards away, you should keep the decoy closer than you think.

It would be best if you can set up your decoys around 15 yards away – 20 yards is the max. In case you are hunting with a bow, you may want to set up the decoy even closer.

Here’s some top secrets to setup your turkey decoys:

Naturally, of course, this is a big mistake. If you think that the turkeys will be more attracted to the decoys, then you make the wrong assumption.

Yes, the turkeys will be paying a lot of attention to the decoy but it doesn’t mean that they don’t monitor their surroundings.

They have keen eyesight, which means that they should be able to see any movements on the background.

If you don’t want the turkeys to stare right in your direction, place yourself on the right or left side of your decoy. It is also worth to remember that when you are using a male decoy, the turkey will be likely put himself in head-on position; provided that he feels that he is safe without predators around. This can be advantages for you so be sure to play it well.

It is important to note that not only placing different characters of the decoy will deliver satisfying results but setting them up in different manners will be handy too. In some occasions, having three hens with a Jake or tom decoy in different poses will be just the best.

However, you should also note down that having them too close to one another can be a failure too.

The best way that you can do is to try to spread the decoys evenly and out. If you are going to place a Jake or a tom decoy, keep in mind that the turkeys may want to take it out first so it would be better if you can have clear shot.

However, it is also a good idea to have a clear shot for the hens too so try to come up with different shooting consideration and lines.

Also, make sure that you have provided the space needed for your target to wander around, strut, and explore naturally.

Set the Decoys on the Right Spots

Decoys are supposed to attract your real targets so you shouldn’t hide or cover them. You want the real turkeys to see your decoys so knowing where to place them correctly and properly will definitely help.

Setting them up in a corner of a field will get you nowhere; you should consider a sparse timber, an open field edge, or the logging road. You should be able to make use of the provided terrains to your best advantages.

You can combine calls and decoys to your best advantages. Use a smart tactic where you can use the call to attract the turkeys and then let them have a clear vision of your decoys from afar.

This is done so they feel that it is natural and it is not a setup. Once they have clear visibility of your decoy and they approach the decoy, then you can make your move.

Choosing the Right One

It is crucial to choose the right decoy. You should choose the one that feels realistically real and similar to the real animal. Don’t forget to use different kinds of characters, such as the tom (for the dominant turkeys), the Jake (for the subordinate and less intimidating turkeys), and the hen (for the mating season).

These decoys also come in different sizes, postures, and poses that will definitely attract the real turkeys.