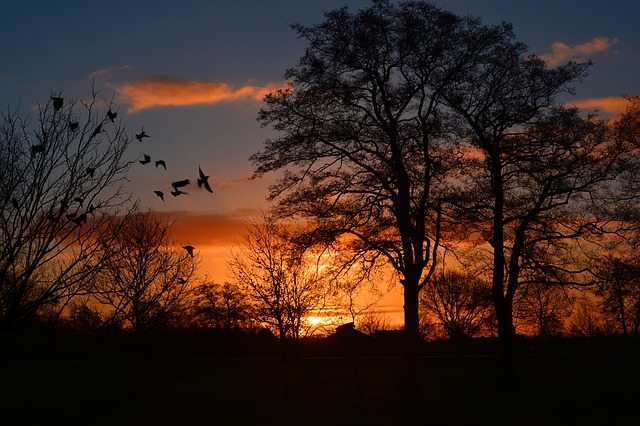 Can I ask you a weird question? Do birds pee? You’ve never thought of that, right? And here’s another good one: can birds smell?

These are questions that stop you right in your track. At first, the answer seems obvious, but once you pause to try and find an answer, you realize the horrible truth: you don’t know. If you are a bird watcher, you need to know these.

I have compiled a list of twenty questions about birds that are a mystery to many of us. Some of them are weird and interesting. Some of them have a high practical value. But one fact remains constant: all the answers are educational.

No. Mammals are vertebrates in the class Mammalia. The distinguishing feature of mammals is their possession of mammary glands.

Hence, all mammals feed their offspring with milk secreted from their mammary glands. Birds do not possess mammary glands and do not feed milk to their chicks.

But if birds are not mammals, then what are they? Scroll down to question 4 for my answer.

If you compare it to the urinary activity performed by humans and other mammals, you would say “no”. But birds do excrete urine from their bodies, only in a different way.

The scientific answer is “yes”. Let me explain.

Urinating as we know it is unique to mammals – that is because mammals excrete excess nitrogen as urea, which needs diluting with a lot of water. That’s why mammals have bladders to store all that water before excreting it.

While we mammals excrete excess nitrogen by converting it into urea, birds turn it into uric acid. Uric acid is less toxic than urea and does not require diluting – for that reason, it conserves water.

Due to the high body temperature and high activity level of birds, they need to conserve water. That’s why they don’t have a bladder and produce uric acid in the form of a thick paste that comes out along with the feces.

No. But are we human beings much better? Many of us have, at one time or another, collided with an unmarked glass window or door. The difference between humans and birds is the size and speed.

Since birds are small and fly at high speed, colliding with a glass wall for them means injury – and sometimes death.

Just like human beings, birds can learn to avoid glass. For instance, birds in zoo exhibits will learn to avoid exhibit walls if the glass is marked during the first few days of their residence.

Birds, however, have little ability to generalize clues that humans would pick up and figure out that there are windows present..

Glass attracts birds with reflections of vegetation or actual greenery on the other side of the glass.

Yes. As strange as it sounds, birds are vertebrates of the reptile class. Many people associate reptiles with snakes, crocodiles, and lizards, but not birds.

Rather than give birth to offspring like mammals, they lay eggs. However, they do not share all reptilian characteristics – for instance, are birds warm-blooded? I will answer that as question number 10. Despite their seeming non-reptilian features, birds evolved from dinosaurs.

Yes, they can. But it is also true that most birds have a poor sense of smell. The exceptions are petrels, albatrosses, certain vulture species, and kiwis.

Traditionally, scientists believed that birds could not smell. Many experiments have been made in a bid to solve this riddle, and the only conclusive answer we have is that some birds have a greater need of their sense of smell than others.

6. Which Bird Has The Longest Wingspan?

The wandering albatross takes the trophy. Also known as the white-winged or the snowy albatross, this seabird is one of the largest birds in the world.

The long wingspan enables the wandering albatross to stay in the air without flapping its wings for several hours at a time.

Yes. Birds have ears. What they lack is conspicuously visible external ears – the pinna. Birds have ear openings on the sides of their head covered by feathers known as auriculars. And they too have an outer ear, middle ear, and inner ear.

Our prominent external ears as mammals help capture sound waves and guide them into the inner ear. For birds, however, earlobes would cause wind resistance when they are flying.

Think of a peregrine falcon flying at 202 mph while hunting – if it had pinnae (earlobes), the flight would be less smooth and the ears would create wind noise which would prevent the bird from hearing properly.

Yes. However, birds have a unique type of sleep called vigilant sleep. In between periods of rest, there are numerous, quick eye-opening peeks.

This enables the bird to remain vigilant and sensitive to any disturbances and thus help it quickly escape from any threats.

According to research done at the Max Planck Institute for Ornithology, birds can sleep even when flying. This explains a mystery that had troubled scientists for years: how birds can fly non-stop for days – and in some cases, weeks.

No. For that reason, birds have a different digestive system than teeth-bearing animals. It is our teeth that break down (masticate) food, enabling easier digestion. Since birds do not have teeth, they swallow their food items whole.

They have powerful gizzards which grind up the food. Birds which eat clams and mussels swallow them whole, and the gizzards pulverize the shells.

Yes. There are only two types of endothermic (warm-blooded) animals: birds and mammals. The distinguishing feature of endotherms is the ability to maintain a higher body temperature than their environment.

Feathers provide adequate insulation against the cold. Downy feathers trap pockets of air around the bird, which the bird warms with its body heat, thus having a layer of warmth around it to protect it from direct cold. That’s why birds fluff up in cold weather – to trap as much air as possible.

Veterinarian Mike Murray of the California’s Monterey Bay Aquarium explains that though birds have the anatomical ability to pass gas, they don’t since they do not carry the same gas-forming bacteria in their gut as mammals.

Yes. But it varies with bird species. Most birds are diurnal, which means they are active during the day.

Diurnal birds, however, do take up a night-flying pattern during migration periods. This helps protect the migrating birds from predators – since most predators hunt during the day and sleep at night.

They also use the stars to navigate. And since the air is less turbulent, their flight is easier and more efficient.

Yes. But they have different types of tongues, depending on what a particular bird feeds on.

Nectar-sucking birds such as hummingbirds, honeyeaters, and sunbirds have tubular tongues to extract liquids better. Woodpeckers’ tongues are long with a pointed end for greater success in catching insects.

Penguins’ tongues are barbed and enable easier swallowing of fish. Parrots’ tongues are thicker and more swollen than most birds’ tongues (more like human tongues) – this helps the parrots to manipulate food in their mouths. It is also how parrots are able to make all those delightful sounds.

No. Rabies only affects mammals. Birds, reptiles, fish, and amphibians are exempt. The disease rabies causes inflammation of brains in human beings and other mammals.

Early symptoms of the disease include fever and tingling at the place where you were exposed to the virus. Later, it manifests itself in frothing mouth, convulsions, choking, or paralysis.

Nocturnal singers may be nocturnal birds like owls, corncrakes, nightjars, or nightingales. Otherwise, they are diurnal birds migrating – migratory birds prefer to fly at night rather than in the day to avoid predators.

17. Can Birds See Color? Are They Color Blind?

Yes. Vision is the most critical of the senses for a bird. As such, seeing color is necessary. Diurnal birds have the best color vision. Nocturnal birds, on the other hand, have better night vision. And the eyes of diving birds have adapted to aquatic vision.

Research has shown that birds can see more colors than the ones they have in their plumage thanks to extra color cones in their retina that are sensitive to ultraviolet range.

As a result, they can differentiate between individual birds which look the same to human eyes. Birds can also see colors that are invisible to human eyes.

Yes. Refer to my answer to question 10. Feathers are a layer of defense which birds use against the cold. Have you ever seen how birds puff themselves up in cold weather? They do that to make their downy feathers take up as much space as possible.

The downy feathers fill up with air, which the bird’s body-heat warms. As a result, the bird has a layer of warmth preventing the cold from penetrating to touch its skin directly.

Some birds, especially the smaller ones, gather in groups when it is cold, huddling tightly against each other so as to share body heat.

Some put on fat as insulation against the cold and as a source of energy. And some, such as chickadees, shiver themselves warm.

No. Chocolate has a compound known as theobromine, a stimulant like caffeine. Chocolate, especially in large quantities, will cause your bird to suffer heart problems, depression, liver damage, seizures, regurgitation, and even death.

The sugar contained in chocolate candy is also a problem for birds. Refined sugar is not healthy for birds. It can cause subclinical deficiencies and lead to future health problems.

Yes. But to get the fleas, the birds have to land directly on the ground. For that reason, ground-dwelling birds such as chicken are more likely to get fleas.

So if you have a pet parrot or macaw, it’s best to keep it from walking on the floor – that way, it is at lower risk of getting fleas.

Wasn’t that an education? I hope you had as much fun reading and learning these twenty facts about birds as I had writing them down.

What was the most shocking thing you learned from the article? For me, the greatest shock happened years ago when I discovered that birds are reptiles – I had always figured reptiles were creatures like crocs, alligators, and snakes!

5 Tips on How to Hunt Pheasant Without a Dog

Improve Your Hunting With Native Food Plots This Spring
Best Gifts for Hunters: From Funny to Useful, We’ve Got It All
Bow Hunting 101: Discovering the Parts of an Arrow
Best Hand-held Gps For Hunting and Fishing: The Top 10 Options
5 Tips on How to Hunt Pheasant Without a Dog